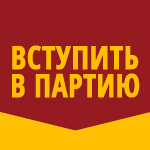 Declaration of the Socialist International Committee for the CIS, the Caucasus and the Black Sea on the conflict in Ukraine

The Socialist International Committee for the CIS, the Caucasus and the Black Sea, meeting in Astana, Kazakhstan on 15-16 September 2014, addressed the issue of overcoming conflicts and securing peace in the region, paying particular attention to the current conflict in Ukraine. With the participation of its member parties from Ukraine and the Russian Federation, along with social democratic parties from other countries of the region, the committee discussed and agreed upon the need for a swift end to the conflict, and issued the following declaration.

Social democracy has its roots as a movement for peace, and the Committee reaffirms that peace is a fundamental precondition for human progress and prosperity. The future of social democracy in the CIS region and elsewhere is dependent on the prevalence of peace. Military confrontation and the destruction of life is the opposite of all that this movement stands for. The Committee affirms that it is a high priority to reassess the causes of this conflict, and examine the way in which movements such as the Socialist International can contribute to bringing and end to open conflicts around us.

In Ukraine, as everywhere in the world, political considerations must prevail over military might. All sides need to recognise that peace is a result of a human commitment to resolve differences by non-military means rather than building a facade of peace based on balances of military strength and mutual threats of destruction, as was the case in the past. Such a peace requires great courage, identifying the real reasons for confrontation and the ways in which such grievances can be overcome, using compromise and negotiation to aoici loss Of life and destruction.

A vital contribution of social democracy in this regard is to advance in its fundamental task of establishing modern, open and democratic nation states, continuing the historic role of social democrats as state builders.

In reaffirming the norms and principles upon which peace is based, and the new international order we have been building at the global level over the last two decades, we need to get back onto the track of regional cooperation that had been advanced in recent years, built on mutual interests and interaction. New opportunities are today open to each of the independent countries of the CIS, Caucasus and the Black Sea, both within this region and globally, as each of these states has established itself within the international community of nations. A precondition for this, here as in any part of the globe, is the respect of the territorial integrity of every country and good neighbourly relations.

The deaths of more than 3,000 people in Ukraine as a direct result of the armed conflict are a tragedy. The most immediate and pressing priority is that the Ceasefire agreed in Minsk earlier this month between the parties to the conflict be upheld. Further, in our view, the other points of the agreement need to be implemented as soon as possible, with an inclusive national dialogue of particular importance, as it is the only way in which an ultimate end to the violence and long-term peace will be achieved. The recently introduced proposal to grant greater autonomy for some regions in southeast Ukraine together with the use of Russian language in public and private life and in education is an example of the kind of initiative that will be required.

In our view, the role of all outside powers and the international community in regard to the conflict must be guided by the goal of its peaceful and swift resolution, encouraging the parties to enter negotiations and contributing to bringing about a definitive settlement of the disputes between them.

It should be recognised that at the centre of the conflict are the Ukrainians, placed on different sides of the argument, but who are all bearing its consequences, in every part of the country. The establishment of humanitarian corridors under international observation, to deliver aid, food and medical supplies to all those who are in need of assistance in Ukraine, is an urgently necessary step to alleviate the human suffering in the country.

The resolution of the conflict in Ukraine is paramount for the citizens of that country, as it is integral to restoring the basis upon which peace and stability in the region rest. The Socialist International will therefore continue to be seized of this matter and remain in dialogue with its member parties in the region.